The Polk Penguin Conservation Center is the most extraordinary center for penguins in the world.

Among the most spectacular features of the 33,000-square-foot facility is a 326,000-gallon, 25-foot-deep aquatic area where visitors can watch as more than 75 penguins of five species explore their habitat. An underwater gallery with a vast acrylic window and two acrylic tunnels provides breathtaking views of the birds above, around and below, and allows guests to get nose to beak with the charismatic birds!

Inspired by Sir Ernest Shackleton’s legendary Antarctic expedition and epic crossing of the Drake Passage, the penguin center evokes the harsh and visceral ice world of the southern continent, recreated in a 360-degree 4-D entry experience that includes blasts of polar air and sea mist. A cool video and sound feature called projection mapping depicts a phenomenon known as iceberg calving – one of nature’s most dramatic spectacles where icebergs split and send massive cascades of ice crashing into the sea.

Reminiscent of a tabular iceberg with a crevasse and waterfall, the striking exterior conjures the stark and beautiful Antarctic icescape – right in the heart of Southeast Michigan! 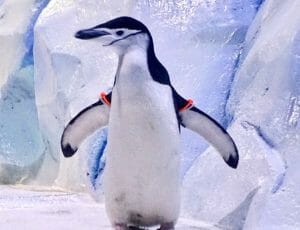 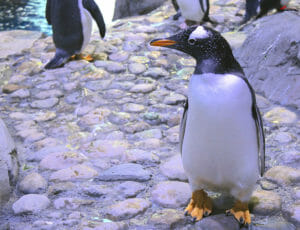 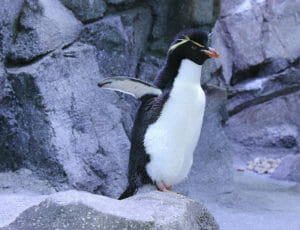