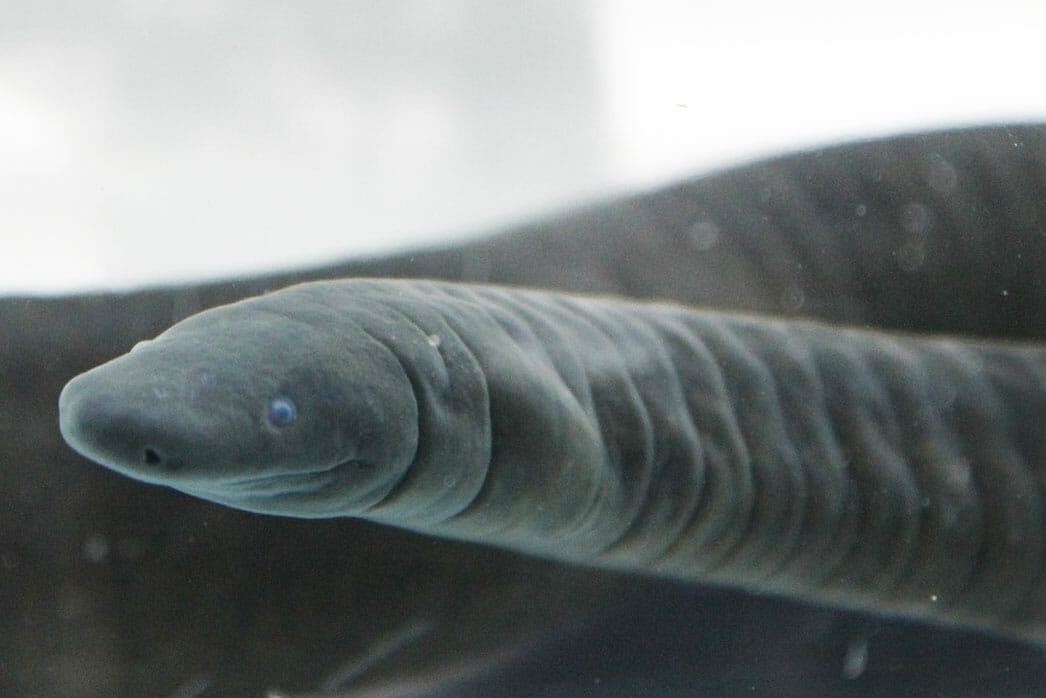 Description
Native to Columbia and Venezuela, aquatic caecilians may not look like typical amphibians due to their lack of limbs. Instead, they have rings of skin folds around their body giving them a look similar to earthworms. They have smooth and slimy skin, typically dark gray, and small eyes. Larvae are live-born, as aquatic caecilians do not lay eggs.