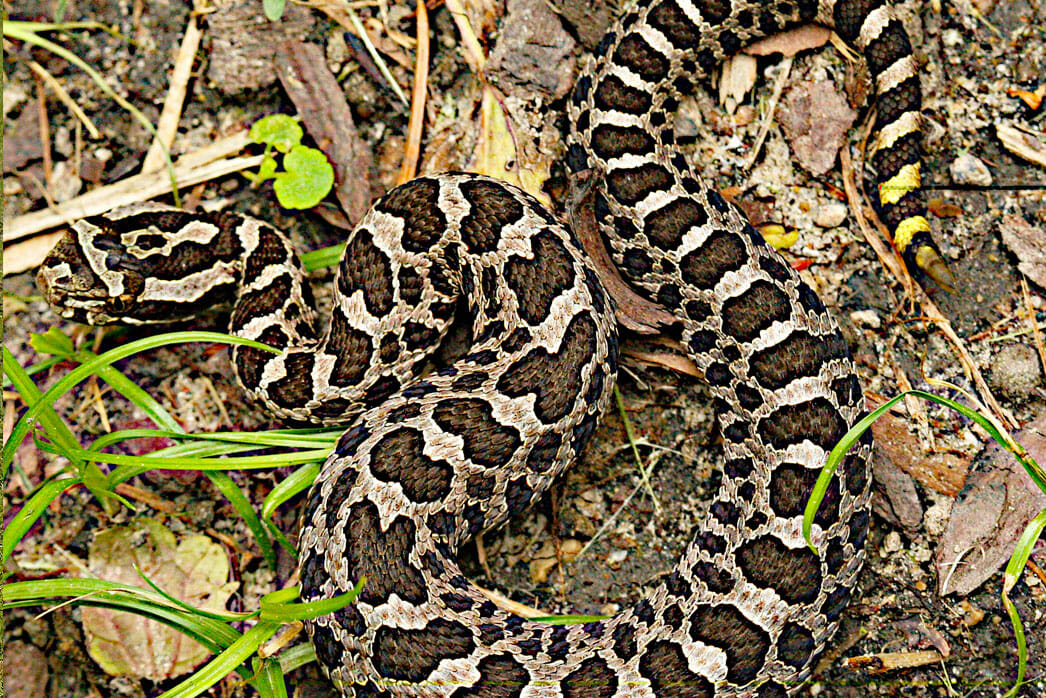 At the Detroit Zoo
The massasauga rattlesnake can be found inside the Holden Reptile Conservation Center, located near the middle of the Detroit Zoo. There, visitors can learn about the 61 different species (and approximately 131 individuals) of reptiles at the Zoo, approximately 52 percent of which are considered threatened or endangered in the wild. Because many individuals fear snakes, it is important to educate the public and correct misconceptions that massasaugas are a dangerous or aggressive species. To that end, the Detroit Zoological Society has provided information about the species for inclusion in brochures and posters available at nature centers and other locations throughout Michigan, Wisconsin and Ontario.

Description
Michigan’s only true venomous snakes, the thick, brown-and-black snakes have light gray and brown patches on their backs. They have also been characterized as slow and shy snakes.