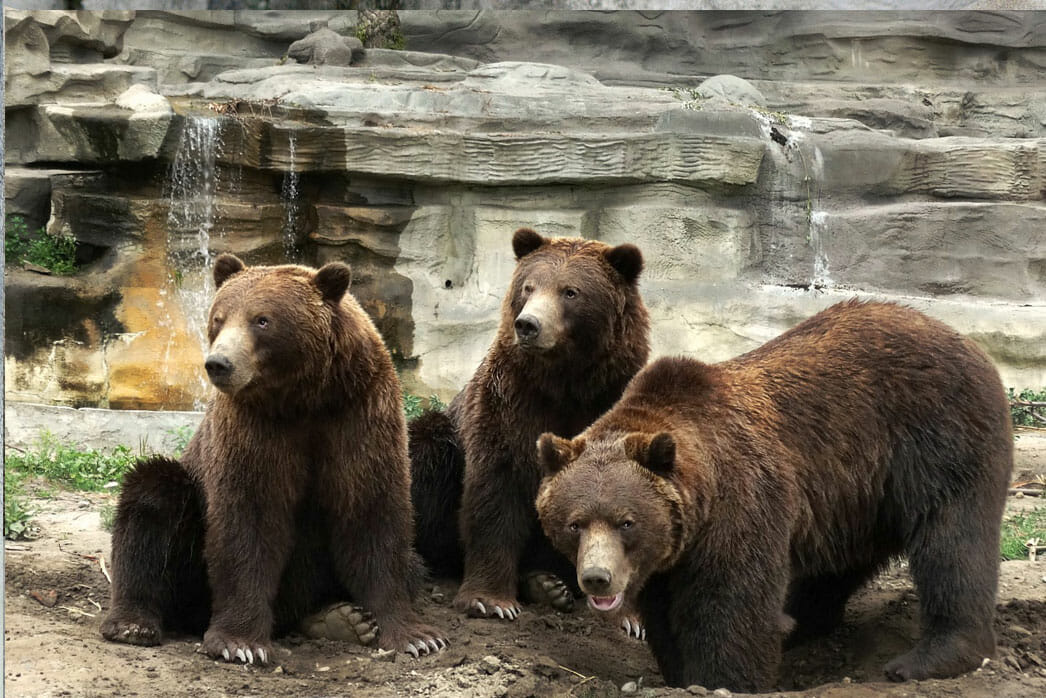 At the Detroit Zoo
Three grizzly bears – Mike, Thor and Boo – were found orphaned in Alaska as cubs after their mother was shot and killed illegally. The Alaska Department of Fish and Game contacted the Detroit Zoological Society seeking a home for the 10-month-old brothers. They arrived via FedEx plane and have called the Detroit Zoo home since December 2011. Mike, Thor and Boo engage in playful antics and seem to enjoy competing in sibling wrestling matches; Boo is often the instigator of rough play.  The grizzly bears can be found in the bear dens in the American Grasslands.

Description
Grizzly bears are massive animals with elevated foreheads and humped shoulders. Their coat color ranges from off-white, tan, yellow, brown to black. The name grizzly comes from the grizzled-gold coloration on the tips of the fur as the bear matures.