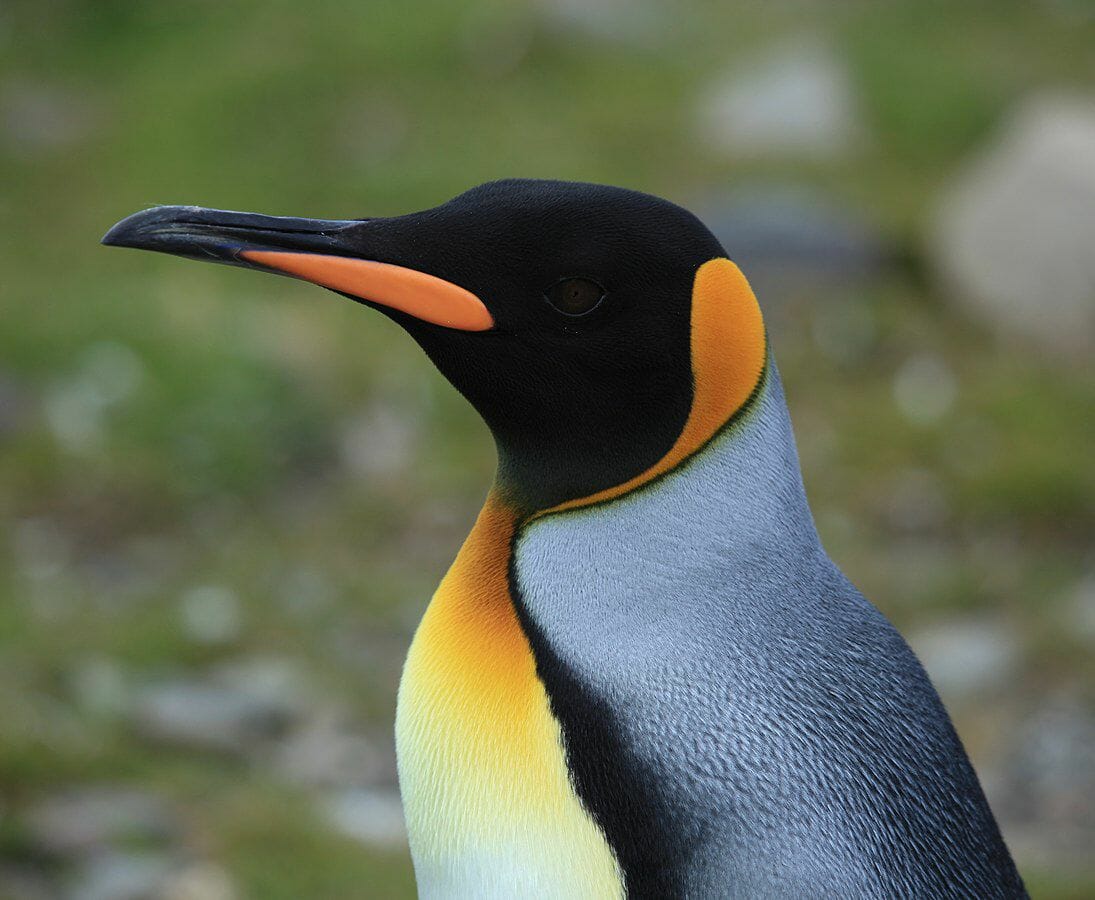 At the Detroit Zoo
The king penguins can be seen at the Polk Penguin Conservation Center – the largest penguin facility in the world – along with the macaroni, rockhopper, gentoo and chinstrap penguins. A unique circular pool lets the birds swim continuously, giving them the ability to swim fast enough to porpoise and “fly” through the water. The Detroit Zoo is one of the few zoos where penguins can display this natural behavior.

Description
King penguins are the second-largest penguin species, after emperor penguins. Vivid orange feathers on their heads and upper chests distinguish them from other penguin species. King penguin chicks are feathered with brown down.