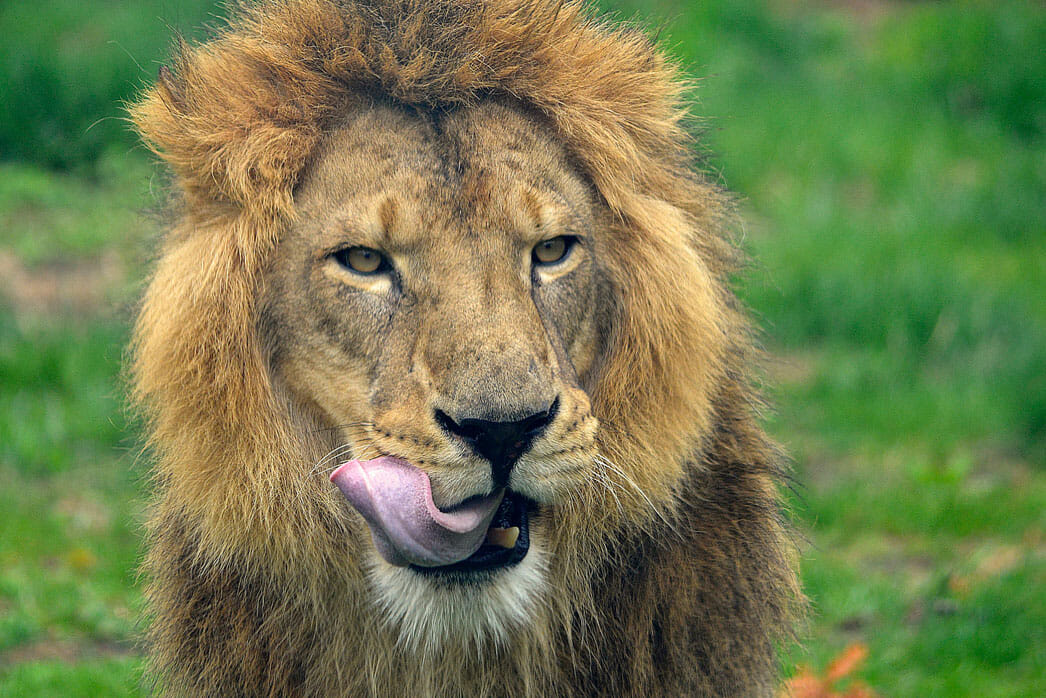 At the Detroit Zoo
A new lion cub has made her debut! Binti, whose name means “daughter” in Swahili, was born on September 10 2020 and marks our first lion birth since 1980. Over the past few decades, the Detroit Zoo has focused on rescuing lions from bad situations and hasn’t attempted breeding. Her mother Asha and aunt Amirah, born in 2016 at another zoo, joined the pride in May 2019. Her father Simba, a male once owned by the royal family of Qatar, found his new palace at the Detroit Zoo in October 2012. Female Erin was rescued from a junkyard in Kansas in 2009. The lions can be seen year-round in their 9,600-square-foot African Grasslands habitat, which features a 17-foot-tall acrylic wall for a closer view of the big cats. Warming rocks built near the front of the habitat provide the lions a toasty perch for people-watching in cooler weather.

Description
African lions are tan with white spots on their muzzles and above their eyes. Males have large brown or black manes that frames their faces. Both males and females have tufts of dark brown or black hair at the end of their tails. Large teeth and claws help lions catch food and fight off intruders.