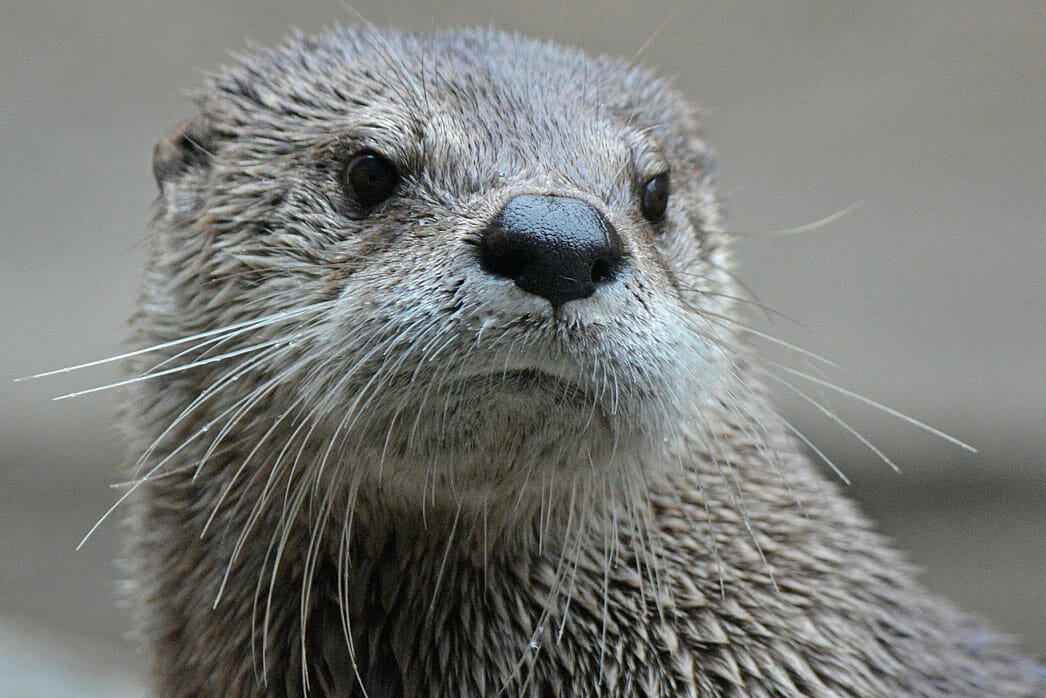 The Edward Mardigian Sr. River Otter Habitat is home to four North American river otters. Female Kalee, found sanctuary at the Detroit Zoo after being rescued in June 2018 by the Alaska Department of Fish and Game. The orphaned pup had sustained a laceration and puncture wound when she was discovered by hikers on a trail in Hoonah, in Alaska’s panhandle. The otter habitat is also home to Whisker, Lucius and Gus. Whisker found sanctuary at the Detroit Zoo in 2009 after being rescued under a house in Washington State. Lucius was born in 2006 and arrived at the Zoo in 2009. Gus, the newest addition, came to the Detroit Zoo in May 2021.

The otters’ 2,500-square-foot space incorporates indoor and outdoor living environments. A 9,000-gallon aquatic area includes an outdoor oasis, complete with a sandy beach, tall trees and a flowing stream. The indoor retreat features a waterfall and waterslide. Floor-to-ceiling acrylic windows provide visitors with dramatic views of the animals exploring their habitat, and underwater viewing allows even the tiniest of guests to get nose-to-nose with these charismatic creatures. The Edward Mardigian Sr. River Otter Habitat is located across from the beavers on the northern edge of the Cotton Family Wetlands.

Once abundant in U.S. and Canadian rivers, lakes and coastal areas, river otter populations have suffered significant declines as a result of fur trapping, water pollution, habitat destruction, pesticides and other threats.