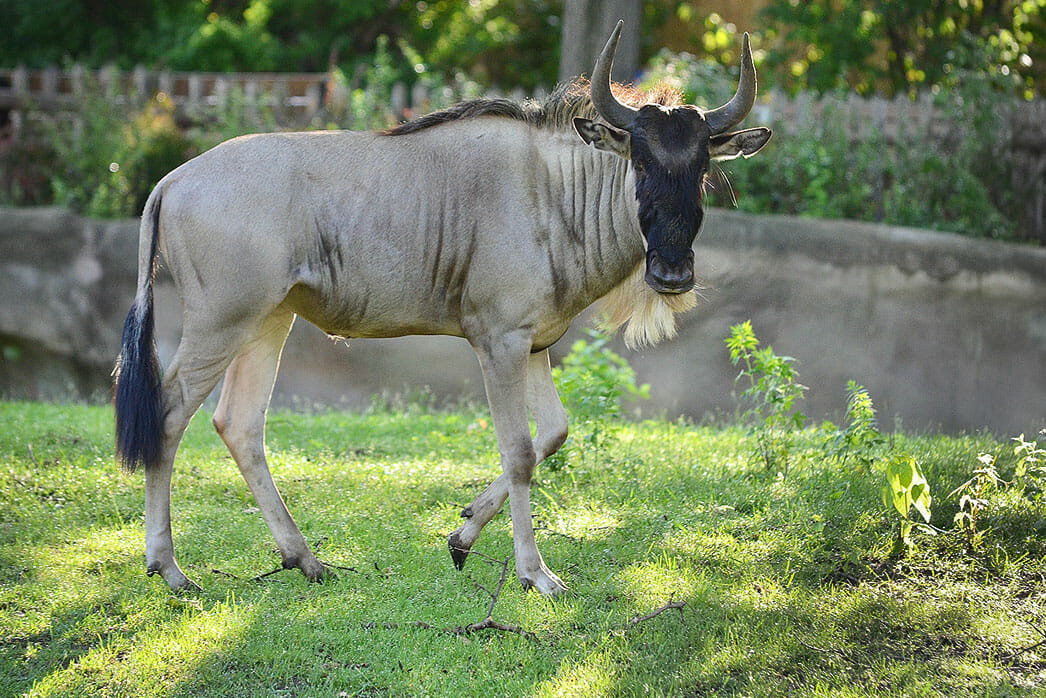 Male eastern white-bearded wildebeests Lenny and Jeffery, both born in July 2017, arrived at the Detroit Zoo in June 2018. They are the first wildebeests to live at the Zoo since 1939, so modern-day zoogoers are experiencing wildebeests for the first time.  Lenny appears to be the more curious of the two and enjoys exploring his habitat. Jeffery, on the other hand, is shy and tends to follow what Lenny does most of the time. Lenny and Jeffrey seem to enjoy interacting with each other and can be seen following the peafowl around their habitat or relaxing under a shady tree. The wildebeests live with Grevy’s zebra Enzi in their African Grasslands habitat.

Wildebeests, also called gnus (pronounced “news”), are a type of African antelope and a subspecies of blue wildebeests. They are known for their white beard, slivery-blue coats, long black tails and cow-like horns.