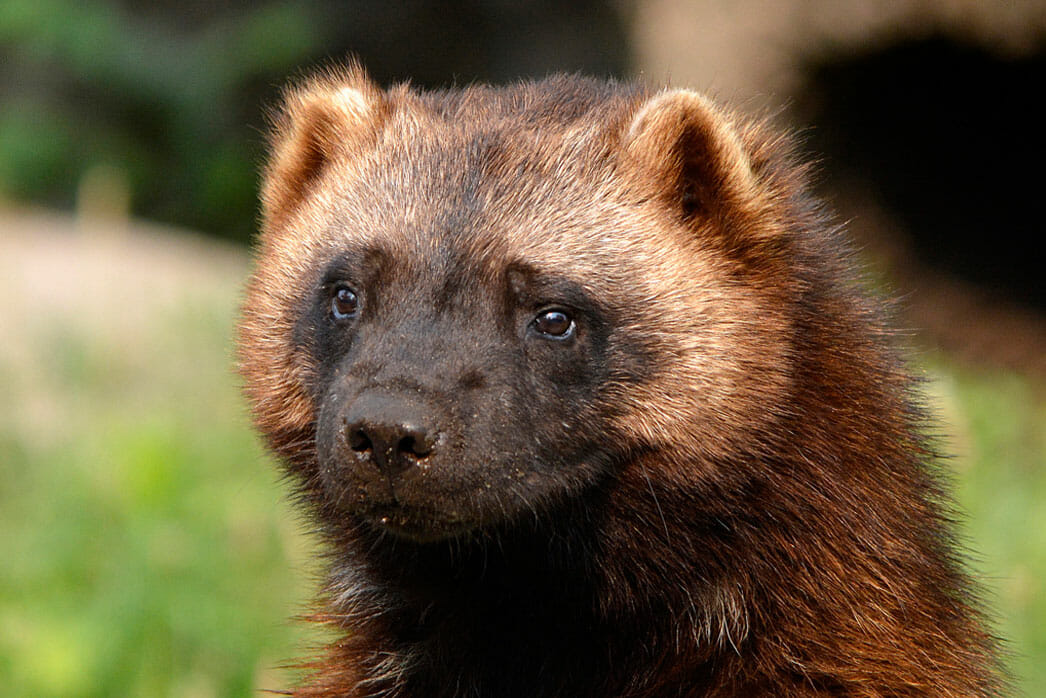 At the Detroit Zoo
A breeding pair of Eurasian wolverines – male Yaroslawl, born in 2016 and female Janis, born in 2017 – can be found in the American Grasslands at the Detroit Zoo. The wolverines arrived at the Zoo from Sweden in 2018 through a recommendation from the European Endangered Species Programme, as part of a partnership between the Association of Zoos & Aquariums and the European Association of Zoos and Aquaria.

Description
Wolverines have small, round ears, broad heads and long, bushy tails. They have dark brown fur with tannish-colored stripes on both sides of their bodies (running from their shoulders to their tails). They are stocky and muscular members of the weasel family that more closely resemble bears than other weasels. Their wide feet help them to travel over various terrains (such as snow), and their long, non-retractable claws and powerful jaws help them rip into their food.