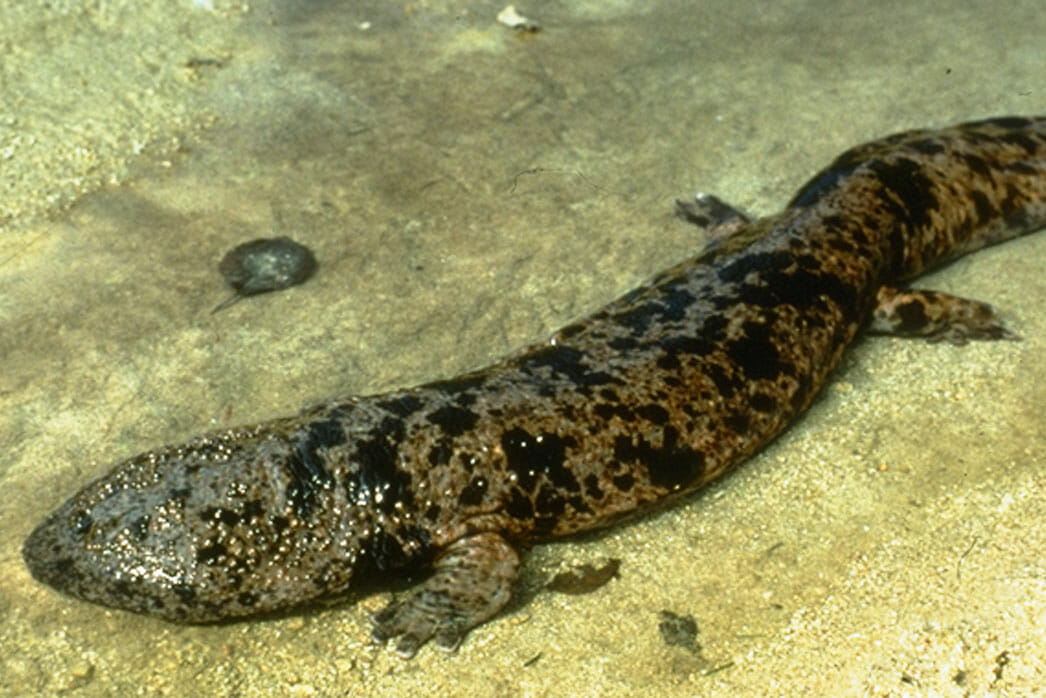 At the Detroit Zoo
Five Japanese giant salamanders – three males (Bob, Dieter and Sven) and two females (Hetsue and Helga) – arrived in 1999 from Japan’s Asa Zoo where they were captive bred from wild-caught parents. They can be seen at the award-winning National Amphibian Conservation Center – a leader in amphibian conservation and research – which houses a spectacular diversity of frogs, toads, salamanders, newts and caecilians. Their expansive new habitat features a waterfall, caves and stream.

Description
Japanese giant salamanders are the second largest salamanders in the world; they can reach more than four feet long and weigh up to 88 pounds. Their skin is a mixture of gray, black and white, and is heavily wrinkled. This species has an elongated body, a long broad tail and two pairs of legs that are similar in size. Their eyes are small and positioned on top of their broad, flat heads.